Prepare your sprouts with Tumoba’s re-trimmingmachine for sprouts! The machine works fully automatic.The sprouts are being aligned and settle themselves becouse of their pear-shape on the rollerbed. Camera’s determine the orientation of each sprout and it is being re-trimmed accordingly. Sprouts wrongly settled are blown out by an airjet without being re-trimmed.

The re-trimmingline is competed with a separation-drum ,taking out all trimmed buds and loose leaf.

Tumoba also supplies a specially programmed optical sorter for re-trimmed sprouts that takes away nearly all labour for quality inspection after trimming. In this way, sprouts can be re-trimmed with a  labourforce of 1 à 2 persons giving an output of aproxx. 700 kg/hr. 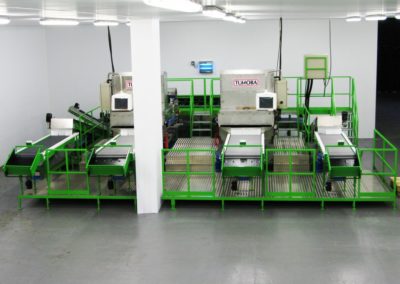 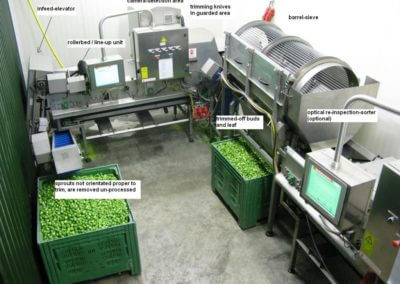 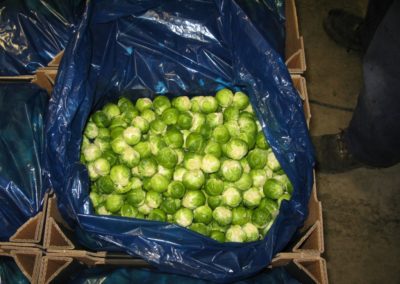